for Javelina, Hogs and Coyotes!

In 1836 when Texas won its independence from Mexico, there was still a border dispute. Texas claimed that it was comprised of lands extending all the way to the Rio Grande, while Mexico contended its borders ended at the Nueces River. This dispute came to a head when in 1845 Texas was annexed by the United States, an action that Mexico deemed an act of war. Thus began the Mexican-American war, which secured among other things, without a doubt, the area south of the Nueces River for Texas. 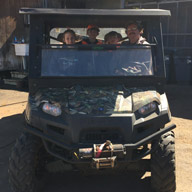 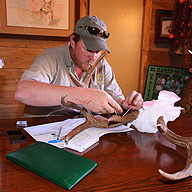 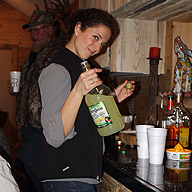 The Whitetail deer is one of the most desired big game animals in North America. Texas has made itself a reputation as one of the premier destinations for hunters seeking quality whitetails at a reasonable cost and comfort level. With over 20 years of management and record keeping we have created one of the best purely native populations of whitetail deer in the state right in the middle of the so called "Golden Triangle." This is an area comprised of Webb, Dimmit, and La Salle counties split almost in two by the Nueces River. Las Raices Ranch is located in northern Webb County just south of the Dimmit County line and on it still resides an old stage house built in 1836 during the border dispute. 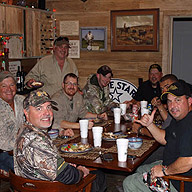 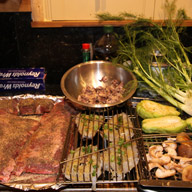 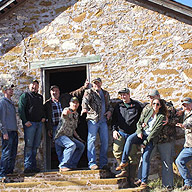 For the first 10 years of the stage's history, passengers couldn't be sure if they were riding in Texas or Mexico. Since the early 1990's the Barrett family has owned Las Raices Ranch (named after Las Raices Creek which means "The Roots" in Spanish) and used it as their hunting getaway. Due to the success of the management program, the ranch now yields more trophy deer than the family members can possibly harvest themselves. With 4000+ High Fenced protein fed acres, the Las Raices is able to provide excellent quality fair chase hunts with very high success rates. It's our belief that we truly have the best deer in Texas. Come hunt with us!